An Enquiry into the Career of Louis Riel

Upon being found guilty of the capital crime of High Treason in a courtroom in Regina, Northwest Territories in 1885 and sentenced to “hang by the neck until dead” Louis Riel, the leader of the Indigenous Metis nation called out for justice for his people and for himself. In response to Riel’s call Voice of the People is launching an investigation into the career of Louis Riel starting with his role in the Manitoba Insurrection of 1869-70 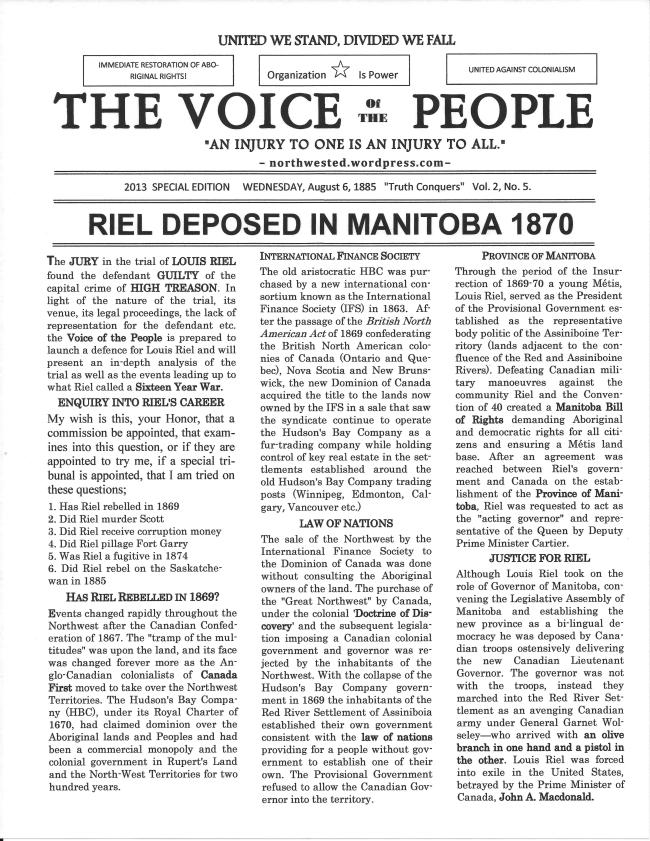