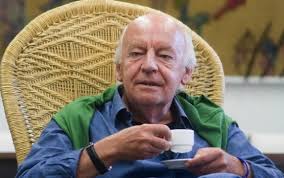 We have a memory cut in pieces. And I write trying to recover our real memory, the memory of humankind, what I call the human rainbow, which is much more colorful and beautiful than the other one, the other rainbow. But the human rainbow had been mutilated by machismo, racism, militarism and a lot of other isms, who have been terribly killing our greatness, our possible greatness, our possible beauty.