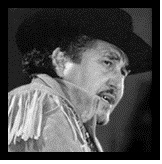 A founding member of the Métis and Non-Status Indians of Saskatchewan (AMNSIS) and the Métis Association of the NorthWest Territories, Harry Daniels was also vice-president of the Métis Society of Alberta and president of the Native Council of Canada and a first leader of Congress of Aboriginal Peoples (CAP). He was also my friend.

At our last meeting at Batoche in 2000 Harry and I laughed about the time during the Centenary of the Northwest Resistance at the 1885 and After Conference at the University of Saskatchewan when I caused him grief. Harry was the moderator, and on stage had George Stanley, the Dean of the “Riel Scholars” and Thomas Flanagan, the American political scientist who made his home at the University of Calgary,  notorious for his diatribes, racist attitudes, and disdain for Louis Riel and Aboriginal rights.  I stood up from the crowd and refused to allow Flanagan to disrupt what should be an honouring of Louis Riel and the struggles of the Metis, Indians and settlers of the Great Northwest. I told him the time for debating Riel’s role in history is over. Louis Riel is our Father of Confederation. Harry was caught between his role as moderator and his true nature. He had me removed from the hall, but as I left and called back “Long live the spirit of Louis Riel” the crowd responded with “Long live Louis Riel” and my objective was achieved. Harry told me that was one of the worst pickles he had ever been put.

Harry Daniels was instrumental in demanding the Canadian government include the Métis as an Aboriginal nation in the Constitution Act 1982. Harry also launched the court case Daniels v. Canada seeking declarations to the effect that Métis and Non-Status Indians are “Indians” under subsection 91(24) of the Constitution Act, 1867. Harry insisted the Crown owes Métis and Non-Status Indians a fiduciary duty; and Canada must negotiate and consult with the Métis and Non-Status Indians on a collective basis through representatives of their choice with respect to their rights, interests and needs as Aboriginal peoples. Today the Supreme Court of Canada unanimously affirmed the stand of Harry Daniels. Once again Harry Daniels has changed history. He is Canada’s second Metis Father of Confederation.

Harry “the dog” Daniels was a leader in the mold of Louis Riel. He fought for truth and justice with his own style and grace. I call for a Harry Daniel’s Institute of Reconciliation.

Long live the spirit of Harry Daniels. We are all so proud of you.