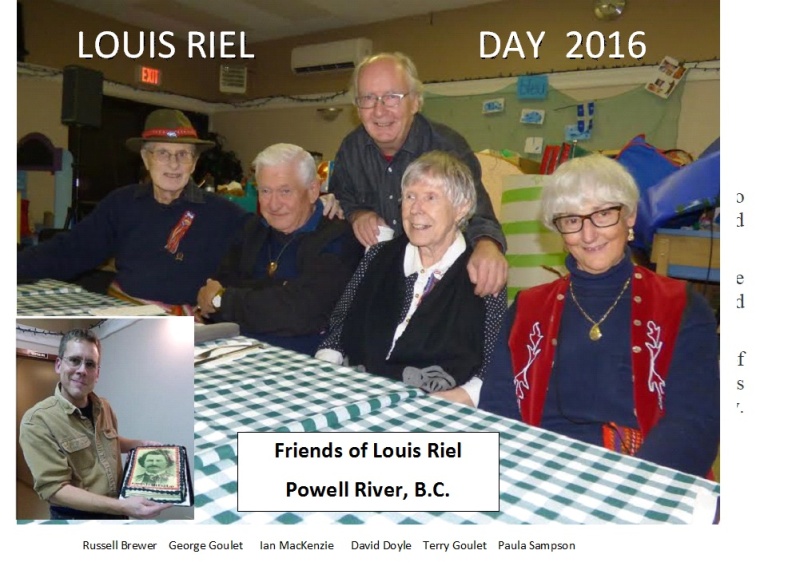 The Friends of Louis Riel gathered with the Powell River Metis Society to commemorate Louis Riel on the 131st anniversary of Riel’s execution and to honour the career of Canada’s Indigenous Father of Confederation. Metis authors George and Terry Goulet spoke on the exoneration of Louis Riel and the importance of Riel’s recognition in the process of reconciliation for Canada’s Sesquicentennial, 2017.